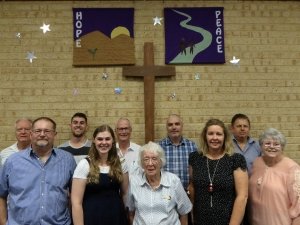 Governance of the NorthWay Uniting Church is distributed between the leadership of the Minister, Church Council and Church Teams that energise and manage church life and mission.

Church Teams comprise of congregation members with certain skill sets that help to maintain and run the NorthWay Uniting Church. These team members report to the Team Leader of each team. This Team Leader is an elected member of the Church Council.

Church Council comprises of the Teams Leaders elected by the Congregation. Council reports to the Presbytery which has pastoral oversight of congregations.

The WA Synod is the state council of the Uniting Church in Western Australia and operates as the legal and administrative body of the church. The elected head of Synod is the Moderator and the General Secretary is appointed as the Executive Officer.

The Assembly is the national council of the Church, headed by the President of the Uniting Church, with the General Secretary as its Chief Executive Officer